Home » F1 blog » Formula 1 Qatar — are we on the right course from west to east? 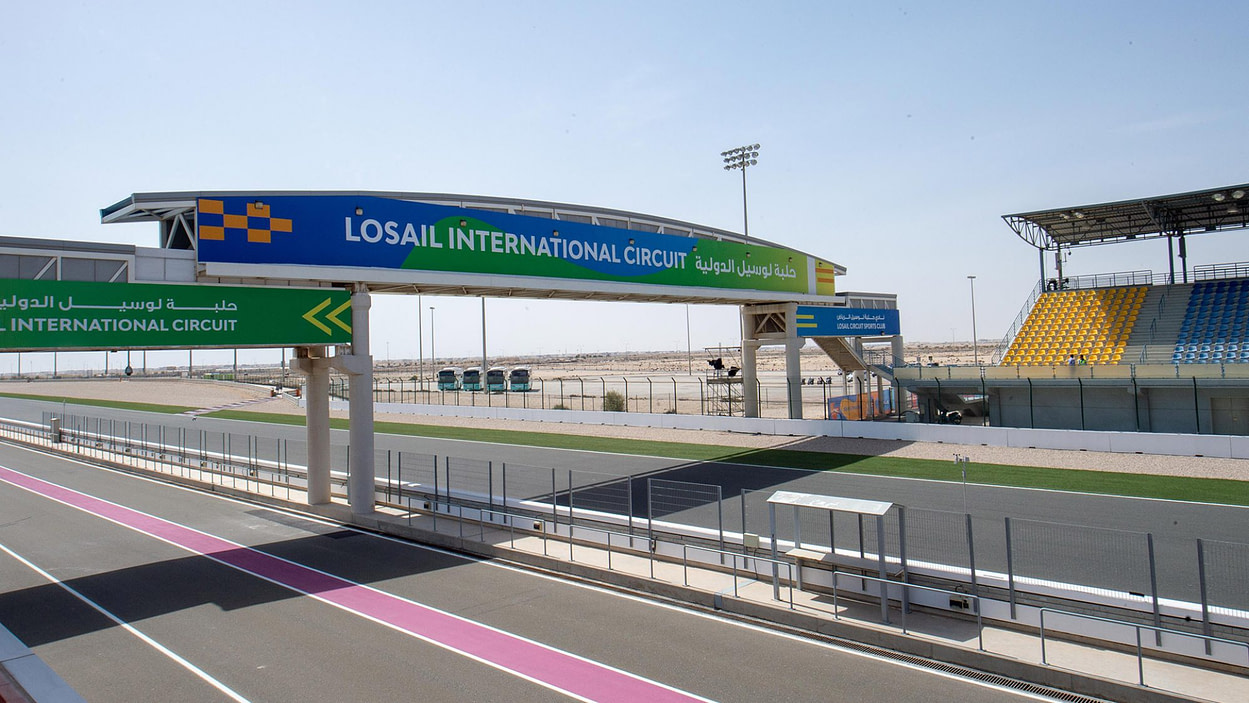 The first Formula 1 Grand Prix of Qatar will take place in 2021 at the end of November! Then the country will take a year off for the World Cup. After that, Qatar will get a residence permit in the F1 calendar until 2032! Remarkably, it was Bernie Ecclestone as the head of the entire Formula One at the time who set the course towards the east. However, the east is a sensitive issue. And despite the far-sighted view of the Briton, Qatar was not included in the calendar. In the second half of the 2000s the representatives of the country expected held the Grand Prix, but these plans could not be implemented due to the categorical rejection of Bernie Ecclestone. Why?

The idea of moving the Formula 1 Grand Prix from West to East belonged to Bernie Ecclestone. As he was at the most important political levers, the greatest manager saw a significance in it that nobody could see. His theories about the development and popularization of Formula 1 in the East met with criticism. Thus, the failed Vietnam Grand Prix is one of the most characteristic examples. The race scheduled for the 2020 Formula 1 season, was cancelled due to a coronavirus pandemic.

Holding Formula One to a place where it brings joy to the world, dilutes the culture with its unique traditions and brings something new and unique to motorsport events – that is the secret plan. Russia, China, the Arab Emirates, Dubai, Japan, Vietnam – Bernie Ecclestone was sure that it was necessary to follow this course. And the secret plan worked well! Thanks to the media and livestreams around the world, Formula 1 fans have learned more about the traditions of other countries.

A typical example is the Russian Grand Prix, which began in 2014. Negotiations with the Russian government dragged on for a long time, Ecclestone personally came to a closed meeting in 1982, which was not successful at the time. Qatar claimed its own race in 2015, but Bernie Eссlestone agreed the Bahrain to be the only F1 race in the Persian Gulf. And Formula 1 Qatar Grand Prix had to wait another six years for its debut.

Formula 1 Qatar – step by step towards inclusion in the calendar.

Bahrain is the main competitor.

If we have understood Bernie Ecclestone correctly, it was Bahrain that caused the postponement of the Formula 1 Qatar GP. Given the scale of the global race and the financial investment, the greatest leader Ecclestone could not allow the double Grand Prixes to take place on the same calendar. It does not matter how close the races were. It is important that everyone can bring in new things and be different.

“When we went to Bahrain I made a deal with the people there,”
“They said to me that as they were going to be something new in the area, would I give them a guarantee I wouldn’t stage another race in the Gulf, and I said, ‘Yes’.”
“Now this other race has been proposed,”
“So I put the people together and said ‘Can you sort this out between you?’ They haven’t managed to do it.”

In the F1 calendar 2021, the issue has been partially resolved, with Bahrain and the scheduled debut of Formula 1 Qatar separated by different dates, with the Sakhir race opening the World Championship in March, but the Qatar, Saudi Arabia and Abu Dhabi Grand Prix being held for four weeks at the crossroads of November and December.

Pandemic and cancellation of 2020 races.

The Formula 1 calendar has been turned upside down because of races cancellations and postponements. There was no other solution than to switch to racing weekends in neighboring countries. That played into the hands of Formula 1 Qatar, which has been waiting for its debut since 2005. The conditions have become more loyal and the schedule more flexible, which was not the case under Bernie Ecclestone.

Learning from the experience of the last year, the FIA is trying to secure the list of participating countries as far as possible and to protect against unnecessary financial losses. Policies to increase the number of races in the calendar is one way to show Formula 1 at all available venues, and if it is possible today in difficult times, why not? Bernie Ecclestone has an answer most people don’t like.

I think we have enough races here

Although many racing fans support Bernie Ecclestone on this issue, the management of Formula 1 itself sees advantages in such a cooperation. How did Qatar manage it despite the criticism?

Formula 1 is interested in working with countries where additional profit is possible. If you ask Bernie Ecclestone where is the best service, he will answer you directly – at every Grand Prix of the countries of the East. Let’s not be unreasonable, we take for example the Russian Grand Prix and the Dubai Grand Prix to compare the prices of F1 tickets.

Free accommodation on the Sochi for three days vary within 80 USD, in Dubai GP starts at 280 USD! A three-day ticket to the F1 Paddock Club here costs almost 6100 USD, in Russia – 4200 USD! The main grandstand at the Saudi Grand Prix will cost almost 5 thousand dollars! Although the price tag here should logically be 500 USD.

Ticket sales to Formula 1 Qatar Grand Prix have not yet begun, but it is already clear that it will be expensive, expensive to expensive. Maybe the race in Qatar will help attract a new audience of F1 fans, but whether each of them can afford such a pleasure as Formula 1 is another question altogether.

The main question is: Is this the right course?

Undoubtedly Bernie Ecclestone has laid an excellent foundation for the development of Formula 1 and has always been logical, so that we see Saudi Arabia in the calendar. But beyond that, there are still three races in the Middle East in the 2021 season. The influence in the East is an undeniable plus. But is it not the case that historically important Grand Prix will be ignored at some point?

Furthermore, there are race circuits that have not attracted Formula 1’s attention at all – Switzerland, Argentina, Sweden. Given the scale, the USA needs a second race on the calendar. There are also places where such events will be even more welcome, such as Greece, India or Kimi Raikkonen’s home country, Finland, which still has no place in the Formula 1 season. South Africa is a place full of its own distinctive culture. The 2021 World Rally Championship took place here with great success!

Therefore, when looking for comfort and service in Formula 1 in other cities and countries, it is important not to forget the own traditions and historically significant race tracks with their own unique historical culture. 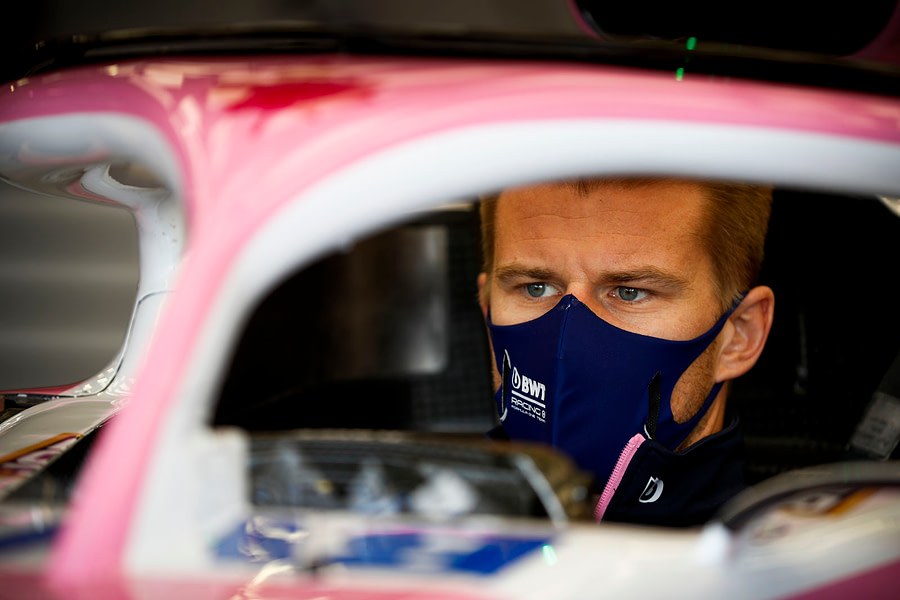