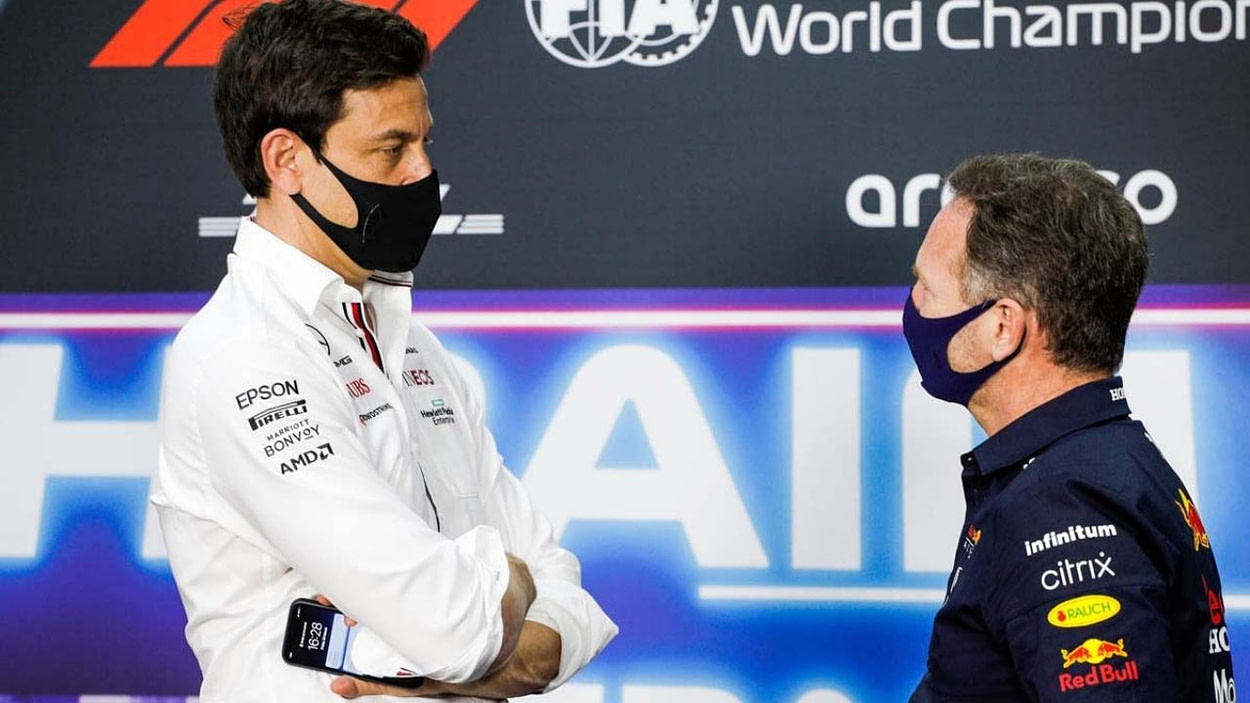 Formula 1 racing as a sport with the greatest history is a reminder of many charismatic bosses and talented managers. Although Red Bull team principal Christian Horner and Toto Wolff Mercedes boss are now at the forefront of the brightest personalities. Both are filled with an amazing sense of situation and responsibility to speak in the face of the F1 team as a unit. It’s fun to watch them exchange friendships through the media, creating the tension of each one. Horner and Wolff are masters of the psychological games and both could argue on the track. But their skirmishes never transform into personalities and maintain the deepest respect for each other. Examples of Formula 1 tactical warfare in the trendy commentaries on the eve of the heated battle for the championship title.

Red Bull and Mercedes F1 teams – the intensity of the tension.

The 2021 Formula 1 season is coming to a logical end and the tension is rising. This year, the battle is difficult. Red Bull is not giving up without a fight in the face of Christian Horner to fight for points and the world title of their driver Max Verstappen. In return, the Mercedes team around Toto Wolff is simply not used to bowing to anyone for the last 8 years. Mercedes driver Lewis Hamilton has no plans to give up the championship title.

Red Bull has clearly grown fast and strongly in 2021, taking the team in the right direction and bringing Sergio Perez to Max Verstappen with unsurpassed precision. The team has developed the car throughout the F1 season, what a noisy story with the flexible wings of Red Bull that we all remember! They have proven that they are ready to compete with Mercedes at full throttle. Things didn’t look so clear for Toto Wolff’s team. Mercedes also worked well with the car, but there was no easy situation among their drivers. The signing of George Russell affected Valtteri Bottas’ confidence in the future and also changed the mood of Lewis Hamilton.

The more Toto gets wound up, the more fun it becomes

Against the backdrop of Mercedes’ apparent dominance over the past few years, today’s successes of Red Bull seem like the announcement of a powerful counter-attack. If Christian Horner has confidence in Red Bull’s offensive, then the situation around Toto Wolf resembles a defensive one. Although both speak in the best of manners.

While Lewis Hamilton celebrated his incredible 100th victory, Max Verstappen finished second at the Russian Grand Prix. The Red Bull F1 boss gave an interview after the race and tried to test the nerves of the Mercedes team principal.

“He’s been in a situation where he came into the team [in 2013], the drivers were already signed, the engine was already in place. He’s done a great job to keep the team winning, but he didn’t really have any competition.”

“This is the first time it’s a true scrap, it’s a true competition. There’s a respect between the teams, but we operate in different ways. I very much want to be on the front line, sitting on the pit wall with the strategists and the engineers,”

Unlikely to annoy Toto Wolff, the Mercedes boss threatened that the team would continue to fight more aggressively.

“Max recovered in spectacular form, and that is not good for the championship,” “We just need to continue to be really aggressive in how we approach this season, not be defensive but just move forward, in order to score these big points. Because neither us nor the others are really good in maximising the points at the moment.” – Toto Wolff to TheGuradian