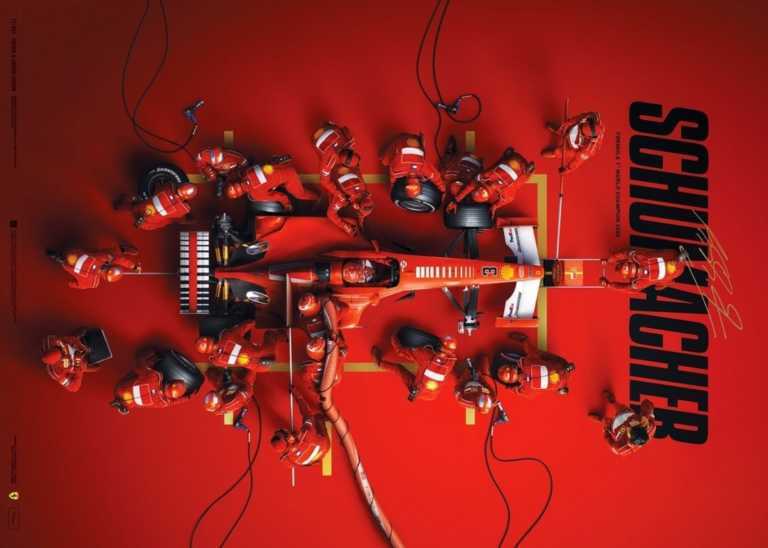 Netflix is releasing a new documentary about the life and career of seven-time Formula 1 World Champion Michael Schumacher.

“Schumacher” will be a unique film because his family and closest friends support the film and make the best of it, including his wife Corinna, his children Gina and Mick as well as his brother Ralf. The premiere will take place simultaneously with the 30th anniversary of Michael’s Formula 1 debut. Schumacher’s manager Sabine Kehm describes the documentary as “a family gift to beloved husband and father.”

The German company B | 14 FILM GmbH by Hanns-Bruno Kammertons, Vanessa Nocker and Michael Wech, takes on the task. The same team was responsible for the 2017 documentary film “Der Spieler” about tennis legend Boris Becker from 2017.

Makers have not met the deadlines due to the large amount of material. So it has been postponed from 2019, the premiere will take place in autumn 2021, on September 15.

The most anticipated racing film for Formula 1 fans

The news that Netflix is making a film about Michael Schumacher is a bit of a shock to F1 fans. Since the accident in 2013 his family has kept all information about his health secret. Sometimes racing fans get a few hints about Michael Schumacher’s condition. His closest friend, FIA President Jean Todt, often meets with the family and speaks to journalists in a few words: “Yes, he is feeling good.” Be that as it may, this will be a world premiere and the most anticipated for F1 fans is to learn how their idol is doing now, after years.

Pedal to the metal: Formula 1 vs Indycar