Home » F1 blog » Valtteri Bottas’ contract and bullying — why do people expect him to quit? 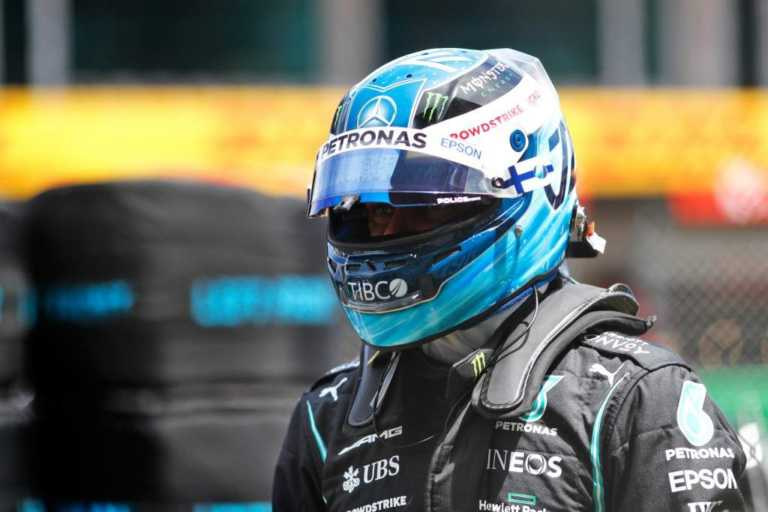 Valtteri Bottas’ contract is one of the most important issues of the last five days. Someone from the Mercedes casually said that the Formula 1 team was dissatisfied with the job of the Finn.  The journalist added a spice to the words. Thus, the world saw an article a day later that Geoerge Russell will replace Valtteri Bottas before the end of 2021 season.

How did the serious driver V. Bottas suddenly find himself at the center of the bullying of the F1 community?

There is always one daredevil among the crowd who made a fly in the ointment,even if you do your job best or you are the most perfect person on the planet. Yes, yes, there is someone who just doesn’t like you and that is absolutely normal. Bullying is a terrible thing and you cannot understand it without the help of a specialist. However, in the situation with Valtteri Bottas contract everything is a little more complicated. Several factors overlapped with the will of fate and brought the Finn to the wall, with each question making doubt.

How did it all start?

On May 3, the world-famous Daily Mail published a loud article with the headline “Valtteri Bottas could face the axe BEFORE the end of the season as Mercedes lose faith in Finn – with young Brit George Russell favourite to become Lewis Hamilton’s new teammate“.

If we misdiagnosed them, if the Daily Mail misdiagnosed their source, which leaked the information behind closed doors. By the way a source in the Mercedes camp said: “They are losing faith in Valtteri Bottas.” However, it is hard to imagine what Valtteri Bottas felt at this moment, which is already self critical enough. His inner tension is already boiling after the Portuguese Grand Prix, not to mention Spainsh Grand Prix and the race in Emilia Romagna.

Will Valtteri Bottas contract expire in the Formula 1 season 2021? The news was immediately seized on by Mercedes F1’s opponents, with Red Bull boss Christian Horner as outraged as you and I were.

“Valtteri has demonstrated he can drive the car very quickly,”

“Circumstances are always going to happen so let’s see how things pan out, but Valtteri has done a great job for Mercedes over the last few years.

“I would be surprised if they did switch Valtteri and George around mid-season.” – Christian Horner to Independed.co.uk

Valtteri Bottas in the heat of the moment, failing to find out where “homes” and “strangers” immediately threw a stone into Red Bull’s garden.

“I know that I’m not going to be replaced in the middle of the season,” said the Finnish driver. “As a team, we don’t do that. “I have a contract for this year and I think there’s only one team that does that kind of thing in F1, and we are not them.

“So no pressure from my side. I know how things are – there’s always nonsense (corrected) around. That’s part of the sport.” – ahead of the Spanish GP, Valtteri Bottas to Skysports

Where do the rumors about Valtteri Bottas contract expiring come from?

Either on command from the Mercedes F1 team’s bridge or because of Totto Wolff’s warning eyes or simply because of the reputation and circumstances, but Valtteri Bottas is still losing noticeably to his team-mate Lewis Hamilton. And if the start to this season has not been so obvious, then the Emilia Romagna GP and the Portuguese Grand Prix and the Spanish Grand Prix only confirm this fact for the time being. Valtteri Bottas manages to lose speed and positions as if he were not fighting for it, and this is unfortunate.

Nevertheless, he will remain in the Mercedes team, and that here are the reasons.

How could the contact of Valtteri Bottas, so experienced and loyal to Mercedes, have been called into question?

Why is the Valtteri Bottas’s contract breaks so expected?

Lewis Hamilton is a unique driver and Formula 1 world championship of our time. He is good in every way: good-looking, has a perfect Instagram account and a great dog, plus driving fast on winning car № 44.  And yes, it annoys people. F1 fans are a little weary of Mercedes “absolute dominance, and that’s normal. Fanatics want variety in the form of George Russell.

Nobody doubts the superiority, but everyone wants to achieve that superiority in battle, just like Lewis Hamilton himself. The opportunity to change Mercedes F1 team partners is an opportunity to bring new complications to the Briton.

The only problem is that against the background of Lewis Hamilton, every other driver will look faded, simply because it is Lewis Hamilton. This is not an ode to the magical magnetism of a Formula 1 world champion, but what you can see with your own eyes and what many have already confirmed.

Just to be who you are

And we accuse the Finnish driver of not fulfilling our expectations, nothing more. It’s hard to guess, but George Russell, no matter how talented he is, will be George Russell against the background of Lewis Hamilton.

We can only accept Hamilton’s greatness and smile with him at his success, and we should also celebrate Valtteri Bottas’s achievement. Formula One is a team sport, and Bottas’s contribution to Mercedes “success is no less admirable than Hamilton’s.

A few days later, the Daily Mail’s headline with the leak turned into an unnecessary rebuttal, but the trace remained in Valtteri Bottas’s soul.