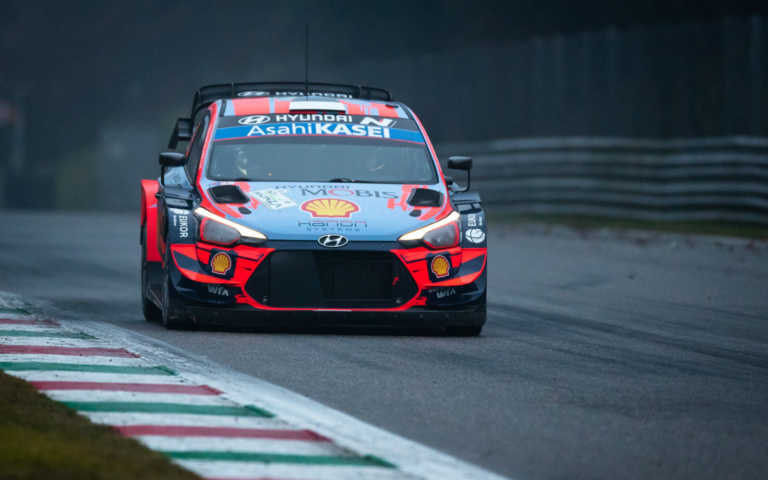 Hyundai Motorsport came with a big statement: it will continue to participate in the World Rally Championship and also in the development of a new Rally 1 car, which will replace the current automotive from 2022. For the first time in history new rally cars will be charged with hybrid power plants. As big as this step to the new era is, one needs to congratulate the guys and here’s why.

“The FIA World Rally Championship is on the brink of reaching an important milestone with the new-generation cars, Rally1” – FIA President Jean Todt

Hybrid era: Who expected that?

Toyota and M-Sport were already preparing for the new hybrid era in the World Rally Championship: M-Sport was able to carry out at least the first tests, while the Hyundai WRC Team was waiting for approval by the manufacturer. Today, Hyundai Motorsport announced that the team intends to build a new car based on the Hyundai i20 N.

Stagnation rally system in the WRC: Keep pace with the times.

At the end of 2016  Volkswagen’s exit from the WRC, there was an ongoing battle between the three dominant teams.  A shadow of doubt about the future of the WRC came after Citroen’s withdrawal before 2020. Last season’s shortened calendar due to the COVID 19 pandemic was an additional burden for any perspective of the development rally system. Although the 2021 WRC calendar is be more or less adjusted, it is more flexible to changes in the face of a pandemic. But the system itself needs to be changed. Today  it is a matter of environmental safety.

Welcome to the New WRC era, the basics

The other side of any racing as high class innovations is need of additional finance. The third stumbling block that will come into the new era is saving the interest of rally fans. Moreover, each rally team has thousands of fans: as Citroen, as a current Huyndai Motorsport. Overcoming these three stumbling blocks means entering the new era of motorsport, being ahead of the times. That’s what FIA President Jean Todt discussed with Hyundai Motorsport.

As a result, World Rally Championship manufacturers Hyundai, Toyota, and M-Sport signed a three-year contract. It also includes provisions to share the costs of developing hybrid technology with a focus on safety. M-Sport guarantees the team’s presence from 2022 to 2024. Hyundai Motorsport’s press release does not mention the conditions for remaining in the WRC.

“The fact that all three brands currently participating in the championship are committed to another three years proves that rally racing is moving in the right direction, and this goes hand in hand with the transition to sustainable energy, which is one of the main objectives of the FIA and its Purpose Driven movement.” – FIA President Jean Todt

The hybrid powertrain will be introduced to the WRC’s top class next season, and a new three-year contract means the system will be developed in partnership with the FIA and its three biggest competitors, who will fund the work of Compact Dynamics and Kreisel Electric. Agreement for the Rally1 category, which has already received World Motor Sport Council approval and crash tests for the new safety cell, focuses on “safety, cost management and sustainability.”

Going with the times, but being ahead of the times – that is the plan that must be pursued today. Today, time demands a transition to greener possibilities, and it is also possible. To steer motorsport in this way, to increase the interest of rally fans and to distribute the funds for the benefit of all. That means entering a new era. Hyundai Motorsport has also taken this path, congratulations with this important step, welcome to the new era!