Racing games can make your “race at home” a special time and provide unforgettable driving experiences.
Unpredictable Autosports season 2020 prepared us for the best racing video games. In addition, virtual races and Grand Prix took a special place in the life of Formula 1, Le Mans 24 fans this year. Even the WRC championship held virtual races among rally fans. In this way whether you are in HammerTeam or a true Ferrari  fan, joing Toyota Gazoo Racing or proud Audi Team, cheer on the Hyundai World Rally Team or  S. Oggier fan. Every taste, every mood here are the best racing games 2020 will make any racing fan happy. 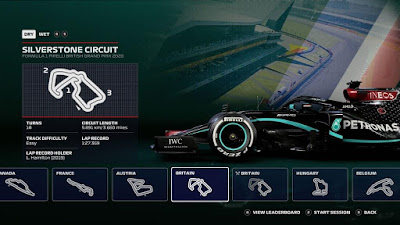 For example, F1 2020 puts you in the full Formula 1 racing atmosphere: Here are your favorite drivers, and beloved circuits ready to take on your challenge. Arriving on July 10th, Codemasters “racing game lets you experience a realistic sim-racing experience. What’s new?

As F1 2019 is a new high watermark for the series, F1 2020 has made some serious improvements under the hood, including the typical additions to new cars, tracks and visual enhancements, while offering incredible-looking new modes that offer an even deeper experience.
Special thanks to Codemasters for paying homage to Michael Schumacher. Although this racing game is so new, it is very popular with all Formula 1 fans. Next time someone asks what is the best F1 game, you already know the answer: F1 2020, are you ready for the challenge? Available on PS4

Straight out from the racetrack to the off-road with Codemasters. This is the fifth part of the series “DiRT.” and it seems that developers made a step forward for rally racing game and the new view on this genre. In this way is one of must-have of race fans games.
Available on PlayStation 5, Xbox Series X | S, PlayStation 4, Xbox One, Windows, Stadia

While racing fans shocked by Slightly Mad Studios’ creation “Fast & Furious Crossroads,” the new “Project Cars 3” is ready to give everything that was missed in previous series. Realistic, but not detailed enough, not clogged by driving subtleties, this should be one of the best racing games on your console.
Before it starts,be ready to spent the most of time in arcade mode.Available on PlayStation 5,  PlayStation 4, Xbox One, Windows

The much-loved circuits are coming to life and the high-octane action will delight fans and non-fans alike. Meanwhile, there is a flurry of modes, including the excellent Historic Mode that throws you into famous racing scenarios that change every day. Be ready to feel every inch of the asphalt slide beneath you, tested with your mind and your nerves at every turn, because you have no other option, it is not a quick pick-up and-play arcade experience. Of course, you will be preoccupied with this racing game until the next installment of the Gran Turismo series comes to the game world.
Available on PlayStation 4, Nintendo Switch, Xbox One, Windows, Stadia

Backing to the offroad sector. Released last year, it was immediately hailed as one of the best rally racing games ever and well deserved. Colin McRae: FLAT OUT Pack to DiRT Rally 2.0 is the breathtaking, as difficult as it gets crazy to sit behind the wheel for hours on end, but worth it.
Now Codemasters Rally fans have the opportunity to relive 40 of McRae’s most memorable racing moments and celebrate the 25th anniversary of the legendary Scottish Championship. New location and two of its iconic cars, the pack is a fitting tribute to one of the sport’s greatest and has made an already fantastic game.
When I first started looking for the best rally racing games three years ago, Google posted “Dirt” in the search engine. “Dirt Rally” is a reference video game and topped the best rally racing games. Why is that? Because there is no doubt that at the end of this journey you are likely to become a player with huge knowledge base of rallying driving.
Available on PS 4, Xbox One, PC

Sometimes words fail. GRID has only gotten bigger with this year’s Season 2 and Season 3 updates, with new cars, iconic tracks like the introduction of the Red Bull Ring in Season 2, and brand new features to grit your teeth. GRID is a brilliant  and deserves to be called one of the best racing games of 2020.
Available on PlayStation 4, Xbox One, Windows, Stadia

It seems we already know everything about rally of previous Dirt and Colin McRay, but the new WRC gives us to understand that it is the wrong feeling. Realism is the main proposal of WRC 9 game. It is about landscapes and driving experiences both. WRC 9 brings not only better graphics, but also several brand new courses, including Kenya, New Zealand and Japan from the official WRC calendar 2020. Best racing game for “Chill Driving.”
Available on PlayStation 5, PlayStation 4, Nintendo Switch, Xbox Series X | S, Xbox One, Windows
These gaming creations are very different, so you may find that one is best for you, but almost certainly these are worthy of being named as the best racing games of 2020.

F1 movies: The top 5 will help you get to know Formula 1 better.
How fast is a Formula 1 car?
F1 books. Race on the Sofa
TOP 5 Christmas Gifts Ideas for WRC Rally fans you’ll want to use.

F1’s Esports racing as the alternative only if:

Best Rally Cars of All Time