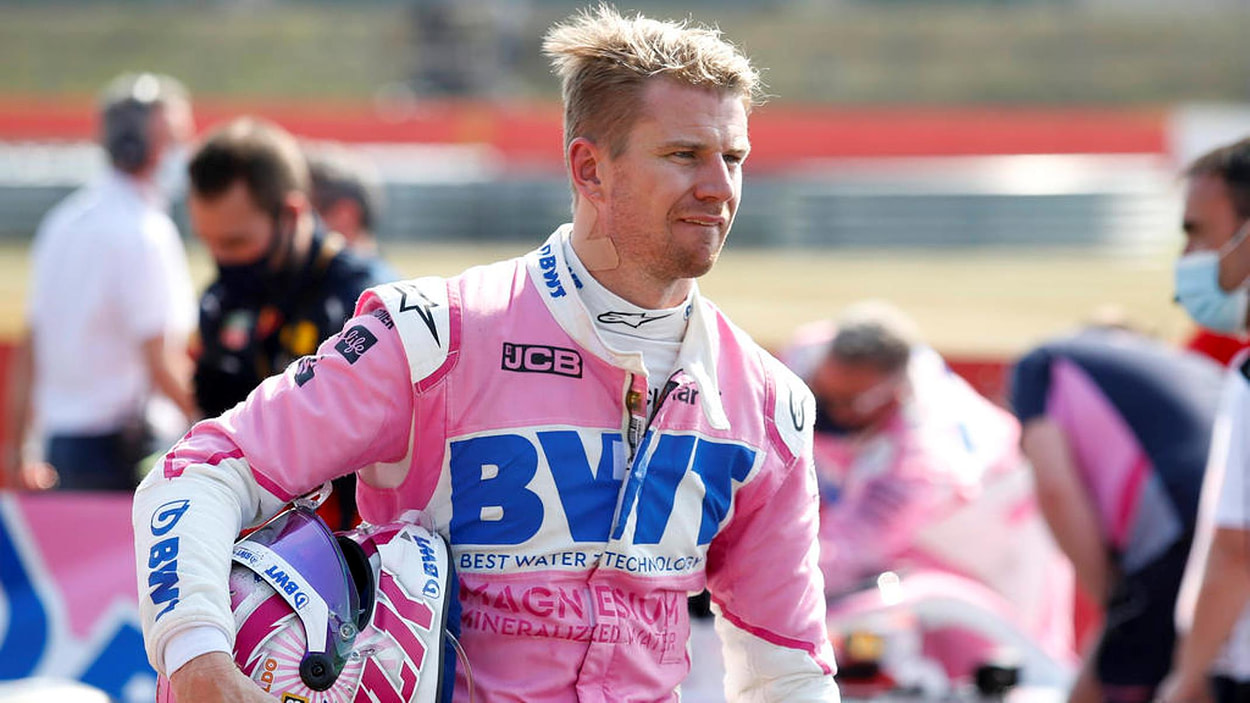 Have you ever heard of freelancers in Formula 1?

Even if this kind of job is a trend nowadays, can you imagine that it will be about the worldwide Formula 1 race? Ex F1 driver Nico Hulkenberg knows this first hand. Ending his career in Formula 1 in 2019 not only left a good impression on the fans, but he is back just as quickly as Lewis Hamilton has set a new record!

The normal working day of a freelancer starts with planning, yoga and breakfast. What Nico Hulkenberg did when Racing Point team manager Otmar Szafnauer called on Thursday afternoon, 30 July, is history. But the driver was ready to start the race at Silverstone after 15 minutes.

After losing his place at Renault for the 2020 Formula 1 season, Nico’s phone was always in “on” mode, and he is also ready to take a wheel at the same moment to replace Sergio Perez after his positive Covid 19 test.

Next 24 hours Nico got on the plane to England, sat down in the seat, got into the simulator for an hour and took to the track with the Racing Point race car. Nico Hulkenberg did not succeed, due to a late technical defect in his racing car Racing Point did not compete in the British Grand Prix.

In this situation, one in two freelancers would take the time to think about too many expensive steps the next time the boss called.

It is difficult to start without the same training as the current Formula 1 driver. Nico Hulkenberg’s nerves of steel manage the task more crazy and wild! He had not had 24 hours, only a few at this point.

This time, the other Racing Point driver Lance Stroll was too weak to take part in the practice on Saturday morning. Hulkenberg’s participation was only confirmed half an hour before qualifying for the Formula 1 Eifel Grand Prix.

What made Nico Hulkenberg a new hotness was that he was sitting with friends over a cup of coffee when Otmar Szafnauer called. He finished the call without hurrying, got into the car, and drove to the Nürburgring race track with the same face as he had just finished his coffee, as is was usual!

This result is astonishing, because Formula One drivers need time for real races. Therefore, this profession will never be independent. At the moment it is clear that Hulk would have every possibility to achieve a higher ranking if he had the time to train for the Grand Prix of the Eifel.

How much do freelance Nico Hulkenberg’ services cost to Racing Point?

According to six-time Grand Prix winner Ralf Schumacher, Racing Point paid around 500,000 euros to German. Of course it’s not about ten million like a current Formula 1 driver, but it’s still a good profit if you don’t know what you’re going to do a week ago. Niko had the chance to race for Red Bull, but as the he said, a very small chance. As a driver Hulkenberg proved through the freelance work that he deserves seat in Formula 1 for real racing. He’s done it without any virtual racing challenges, just seen it and conquered it.

It is noteworthy that they would have been willing to pay such a sum to someone else from Racing Point. Even if the team put out an auction for the seat, it would still not be for everyone. So it is unlikely that Nikita Mazepin would get an invitation, even for a very solid share. Today, Nico Hulkenberg is an exemplary father, regardless of how his career develops, but he is still ready to get behind the wheel of the current Formula 1 car as usual.