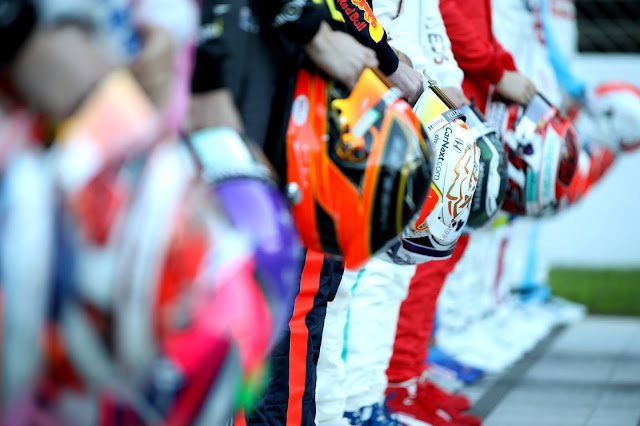 Best Formula 1 drivers in 2020. The helmet hunting season has opened.

Today, the drivers market doesn’t have as many names as it did last year, but almost all of them are really talented. Perspective Formula One teams, with the exception of Mercedes AMG, finding the best Formula 1 drivers. So, the Haas F1 team will update the driver line-up for 2021, R. Grosjean and K. Magnussen have no contract for next year.
I propose to look at the most top in 2020 from the perspective of the team principals. Nothing personal, just F1 business.

Signing the contract with them is not an easy task, you have to think twice, because every word that one of these best Formula 1 drivers says on social media will have the power.

Lewis Hamilton: his minds about ecology, politics, motivation, everyday life on social media – is the message for journalists.

Lewis Hamilton is a very clever person, even outside of the Formula 1 car of Mercedes. Because it needs special skills to have millions of fans as well as haters and manage it. So you have to be very careful, say the wrong word, and the next day all his millions followers will be your haters. Lewis Hamilton was crowned the best Formula 1 driver in 2020. He is also the highest paid racing driver.

Although one of the best Formula 1 drivers enjoys the same respect among fans and team bosses, he is more loyal but also very clever with the main goal of “winning.”

Lando Norris looks like a rookie against this backdrop, but it’s only a first look.

His influence on Twitch, Instagram and social media makes the Formula 1 driver the top popular with young fans, so Lando Norris is the new generation of Formula 1. He also has a lot of racing potential.

The best Formula 1 drivers,who are the more reliable in 2020: Kimi Raikkonen, Daniel Ricciardo

According to F1 drivers rating by Autosport, Kimi Raikkonen took only 15 place while Daniel Ricciardo fifth out of 20. Despite the enormous difference, both have a reputation as the best F1 drivers to rely on in motor racing.

Kimi Raikkonen proved everything to everyone a long time ago. He just does what he likes best, so let’s just leave him alone.

Daniel Ricciardo is one of the best F1 driver with a special charisma and attractive smile, he is very popular with girls.

The Australian driver who speaks openly and honestly, who is one we can trust, we also have the same feelings about his race on the track.

Best compliment is to be the fastest driver.

Without a doubt Max Verstappen is the first to be able to compete with Lewis Hamilton and one of the best Formula 1 drivers in 2020, he is also has a sharp mind.

Despite his young age of 23 years, he raises the most pressing and uncomfortable questions that not to discuss with many people, but all we can forgive, due to the speed and endurance of the Belgian-Dutch driver in the race.

Charles Leclerc has the same passion to win in the race, but calm when it comes to uncomfortable questions.

Monegasque driver willing to listen to the task as always drive on 150%, Charles Leclerc has proven it. One downside – he is in his head and needs extra support from the team.

Nevertheless, Formula 1 fans and journalists get used to criticizing the Finnish driver because he is still second behind Lewis Hamilton, Valteri is still doing a very good job. Bottas hasn’t lost his motivation and is still very fast.  To prove a point:

Valtteri Bottas leads the time sheets in Portimão during first practice at the 2020 Portuguese Grand Prix, 1:18.410

Moreover, Finish driver open for dialog, you can also negotiate with him.

After Pierre Gasly won the Italian Grand Prix, there is no doubt that the Frenchman is one of the best Formula 1 drivers in 2020.

He is hard-working because his career path has not yet reached that point. Diligent passion is important for the quality of the best Formula 1 driver.

Nico Hülkenberg has the same characteristic.

Even though he is at home, he has no racing contract for 2020, but the German driver is still working hard. Well that explains, P8 in  Eifel Grand Prix.

What make the best F1 driver?

The title of best F1 driver must to be earned, definitely on the track, but if it consists of a number of qualities, then this list includes:

Racing quiz: All you need to know about the first race cars and car races

Is Formula 1 a sport?