Home » Daily Racing » How important is talent in Formula One?

How important is talent in Formula One?

Imagine, a half-century ago this question would have been at least irrelevant. “Formula 1 driver” was synonymous with “talent” word at that time. Today as technology developed, talented’ meaning replaced by “speed of reflexes” or “fast driver”.
Someone says: “For why to have the talent while you’re getting the best F1 car?” or when finances allow you to buy your own Formula 1 team. But even if you have all money in the world and contending machine, no guarantee you to win without your natural abilities. What if it’s something much more than racing speed?

How became a Formula 1 driver?
What makes a great F1 driver?
How important is talent in Formula One racing?

Where is the start line? How to become a Formula 1 driver?

Formula 1 drivers’ career starts in karting at a very young age 3-5 years old. Child F1 driver will take a lot of laps steering his father’s kart by this time. The rookie will spend all-time in his father’s garage, figuring out how the machine works.

Child F1 driver will start performing not very well. He will be participating in a very different karting racing series during the next 10 years. WSK Final Cup, Easykart International Grand Finals, Open Masters, CIK-FIA among of those. Only his car’s passion and talent determine how fast this time will pass. Drivers championship’ wins will come while the racer’ driving experience increasing.

Almost a new F1 driver will win championships at his 17 y.o. Talent will be increasing by participating in Italian or French Formula 4, Formula 3, GP2, and Formula racing Eurocup.

Now his natural driving abilities are public property. Famous Motorsport teams watching new F1 driver’s experiences. Until he gets on racing team everything will depend only on talent. The last one happens with good financial support.
As young F1 star grows up, as a more powerful racing car he’s getting to drive and his skills and talent improvement every day.

How important is talent in Formula One?

By the 18 new racing warrior is ready to win at the same level as adult qualified F1 drivers. This is what Max Verstappen proved to us in 2016.

If this could have happened half a century ago? Probably not. As you know, Max Verstappen has a great mentor, his father – Formula 1 driver Jos Verstappen. You can read more about it on Wikipedia. Another fact is the Red Bull F1 team was capable at that time.

Talent in Formula One playing the main role, but many people are convinced it isn’t a question of abilities, but the right equipment. Someone says the most important factor for the driver’s championship is a fast, reliable car. No one driver has won the championship without a top-performing car. Lewis Hamilton is the most mentioned person on this topic. But is this really the case?

Formula 1 drivers are always under incredible pressure during the race. The average temperature in an F1 car’s cockpit is at 50 C. A driver’s pulse rate varies from 160 to 200 beats per minute and can reach to 220 bpm in peak load conditions. The weight of the head and helmet increases five-times during braking and acceleration. A driver feels an overload of 5 g, so the seat’s downforce is equal to 400 kg.
For example, astronauts experience up to 3 to 4 g during launch, a parachute diver feels 1.8 g, and an airplane passenger feels 1.5 g while taking off.

Thus, for being able to steer the F1 car at 16, you need to be hardy at least, but being hardy enough is the talent.

What makes a great F1 driver?

Today, winning in Formula One is a combination of different factors. To be a world champion racecar driver needs:

Considered altogether these points make the combination of success in Formula 1 racing. But having a talent in at least one of these qualities doesn’t guarantee you being the greatest F1, why?

What importance talent has in Formula One: natural ability or the best car?

“Talent”(someone who has) – is a natural ability to be good at something, especially without being taught” – by dictionary.com

Here is the true fact – many talented F1 drivers can’t win without a contending car. You know examples. Sebastian Vettel had a very amazing time (2009 – 2014) behind the Red Bull Racing car. Sebastian Vettel had a contending car for the first half of the 2017 season but the Ferrari’s performance fell off after the mid-season break as his chances to F1 world champion’s title too.

Fernando Alonso is one of the best drivers on the grid, he did everything for his McLaren’s best performances, but his skills weren’t enough to win.

At the same time, both Hamilton and Bottas had the best car to prove that it doesn’t guarantee a championship. So, on teams with a top car, talent separating the winning driver from the one in 2nd place.

Needs to say Alonso, Vettel, Verstappen, and Lewis Hamilton, all these drivers are the most talented drivers. But this is not the whole list.

What makes the F1 driver’s talent?

Once upon the time, Enzo Ferrari said about Alberto Ascari “had a precise and distinctive driving style”. James Hunt drove an F1 car with amazing energy and had the ability to overcome adversity.
Juan Manuel Fangio‘s ability to maneuver the car in all sorts of conditions sprang from his many years as a master motorist. “El chueco” won five world titles.

Jackie Stewart always knew how to guide his vehicle wherever he wanted and 27 wins, making him one of the most successful champions. .
Jim Clark had a unique approach to cornering which meant he would brake much later than most as well as drifting through the apexes. He was a clever driver as talented too.

Niki Lauda regarded as the most professional driver. He’s never hesitated,. Despite the terrible accidents in F1 history, he won the majority of his three titles after. In 1076 on German Grand Prix Nurburgring his F1 car caught fire.

#KeepFightingMichael Michael Schumacher capturing seven drivers’ titles and 91 victories, he became the most successful in history.

Ayrton Senna was the superhuman being at his car, the master chicanes, and the most difficult of corners.

Asking “How important is talent in Formula One, I missed the luck. Famous F1 drivers will say that 90 % of success is luck. Sure, it’s playing a special part but no it’s not correct to say F1 driver with good or bad luck. Luck as a factor is unmanageable.

I think talent is playing the main role in racing. Although, when one tells about talent, it doesn’t mean the speed of reflexes.

This concept was being completely blurred with time.
Some people attribute to themselves that belongs to technologies and has nothing to do with.
Talent isn’t an abstract word, but the ability to being a Formula 1 driver, to being the driver:
– to speak with the machine in the same language as Ayrton Senna did,
– to feel what is happening around as Lewis Hamilton does,
-to hear your racecar- as Michael Schumacher,
-to communicate and find a common language with people as Fangio did,
-to be confident in yourself, no matter what as Niki Lauda was.
Thanks to Serguei Beloussov  and motorsport.tech for refreshing the knowledge bass and to TheSportster
S. Vettel and C. Leclerc: Scuderia Ferrari’s “full equality”
The Juan Manuel Fangio Story: review that you didn’t read.
Martin Brundle about Sebastian Vettel’s best years. Why he’s wrong?
Who is Niki Lauda?
16 Inspirational quotes of Ayrton Senna
Michael Schumacher. Top racing quotes
Top 9 Lewis Hamilton motivational quotes
Sebastian Vettel: Formula 1 driver best quotes.
39
0 0 votes
Subscribe
0 комментариев
Inline Feedbacks
View all comments 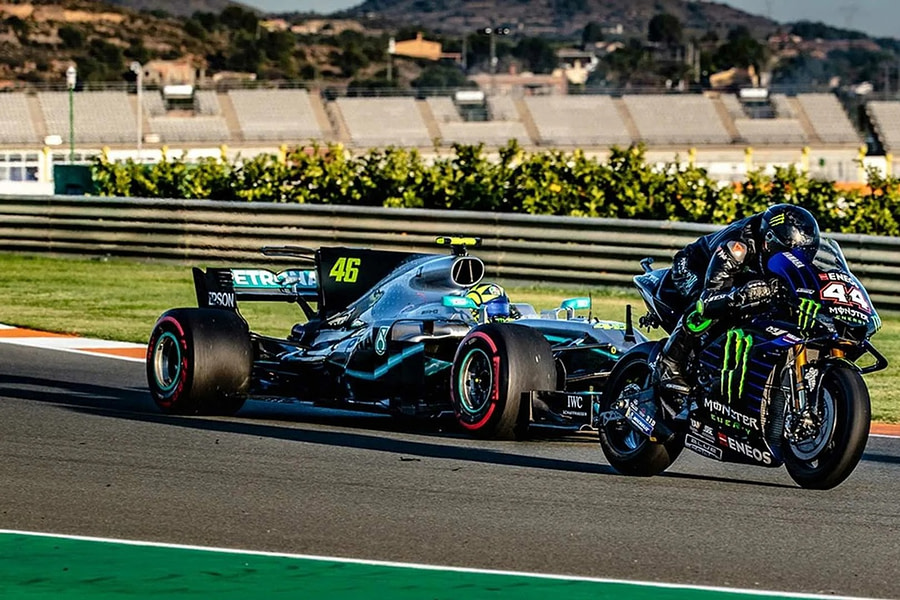 How to dress up for F1 weekend?