Simply beautiful stages rally Turkey will be remembered as one of the most unpredictable and colorful WRC rounds. Let’s sum up and share our impressions of Turkey.

About WRC Turkey route.
Rocks, stones rain. Stunning nature views are being throughout the rally, boundless landscapes of Turkey. This is probably the first WRC round, which all 17 stages were some beautiful especially, at least for me (Kizlan, Asparan). However, the main difficulty and trouble in stones. There were a lot of stones and they were everywhere. Another unpredictability was the rain on Saturday. What could be worse than stones-only wet stones?

About Esapekka Lappi’s progress.
Mr. Lappi’s unfortunate mistake on Saturday changed a great deal. Everyone loves to say ‘drama’, but that is what it is. Nevertheless, it is nice to see Esapekka Lappi in good speed shaping. In any case, he isn’t inferior to his teammate S. Oggier.very nice, I hope we will see his podiums this year.
Meanwhile second place at Turkey WRC 2019.

Between the times: did you know that Turkey is home to the kebab? Internationally, the Döner kebab is probably the most famous, but in Turkey, they have several kinds of kebab. It was here they invented kebab!
About Toyota Gazoo Racing mysterious loosing.
What the mystique is happening in Toyota Gazoo Racing. There’s a lot we don’t know about what’s really going on, but it’s something obviously magical that interferes with Ott Tänak’s potential. On Saturday Mr. Tänak lost all advantage, but it is what it is.
Between times: did you know that the evil eye amulet is the most bought Turkish souvenir? In Turkish, it’s known as Nazar boncuğu, and it’s meant to protect against the evil eye. This symbol is also found in many other countries where the Ottoman Empire was present.

About Hyundai Team’ resistance.
I need to say that Friday morning many people predicted that Toyota Gazoo Racing will take 1st place on manufactures Championship WRC. However, didn’t happen,  the problem Mr. Tanak on Saturday; Mr. Sordo good stability and A. Mikkelsen excellent speed just didn’t stand a chance to Toyota. A. Mikkelsen has a habit to surprise pleasantly just then we do not expect it at all. Worthy 3rd place on WRC Turkey.

Between the times: did you know that Turkey has the highest consumption of tea? That around 96% of the total population drinks at least 1 cup of tea per day? It’s estimated that Turks consume 3 kilos of tea per person a year.
This is how I will note the rally of Turkey. Beautiful unpredictable with a sea of tea and a bit of mystical. What are your impressions?
1
0 0 votes
Subscribe
0 комментариев
Inline Feedbacks
View all comments 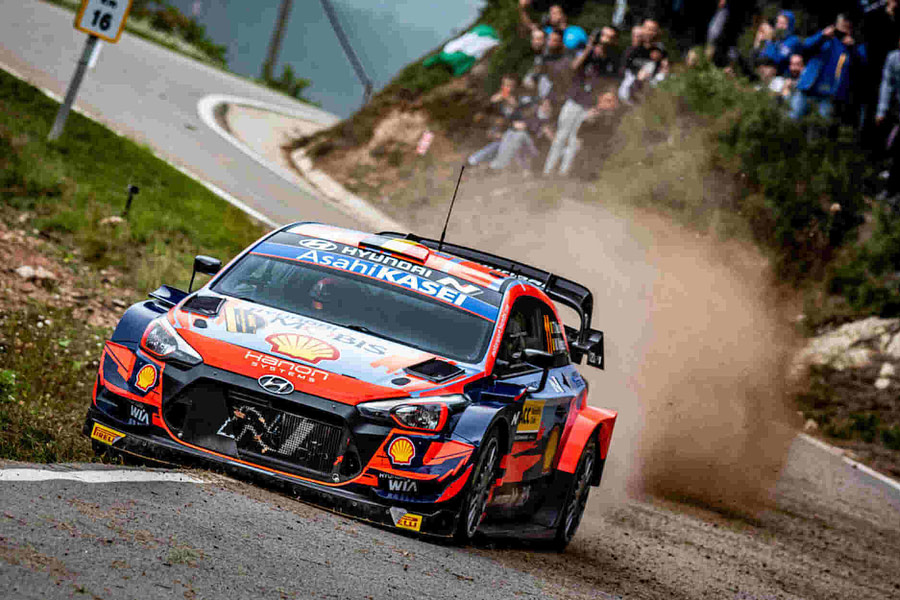 Rally Catalunya 2021 – the thriller keeps us eagerly awaiting the last round!