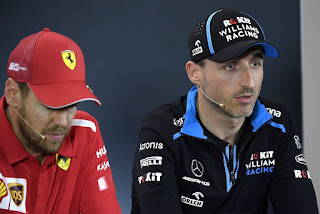 There is something very similar between Scuderia Ferrari F1 team and Williams racing team. It's difficult to determine what exactly but certainly is.
A day ago it seemed to me Scuderia Ferrari should follow Williams Racing example.
However, after reading the latest news, including that Robert Kubica is leaving the team, I realized this is a misconception. Especially, when we are looking at Ms. Claire Williams ' reaction.

Because racing team department has some sort of flaw, I mean something wrong with people working with both Formula 1 drivers. The situation with Mr. S. Vettel is looking like the same around R. Kubica. The talent isn't the issue. 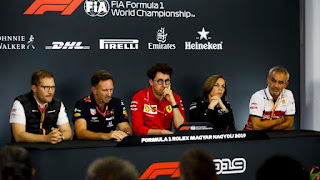 2. Attitude to F1 drivers?
This is the fine line where the team tactics and driver's authority being are together. Naturally, Robert Kubica has much more authority as F1 driver than G. Russell. However, it doesn't mean taking the driver's decision very calmly.

“It came a little bit out of the blue,” Williams told Sky Sports F1.
“We hadn’t had many conversations about next year and what our plans were and what his plans were.
“We made it quite clear we were in no rush to make our decision, but Robert has obviously made that choice for himself and we respect that.”  - Ms. Claire Williams(by planetf1)

It came a little bit out of the blue- with the same S. Vettel could leaving Formula 1 this year, and Mr. Binotto will repeat Ms. Williams words: word for word. 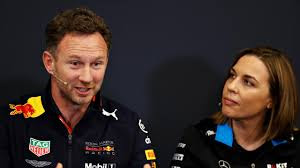 3. What's wrong? How did they suppose to react?
I think Formula 1 driver - Formula 1 team relationship is much more than boss-employee. We either developing together or we don't start a relationship. We develop and go together, planning the future of the team. Agreed?
Look at the way C. Sainz jr. talks
“I find it incredibly annoying going to every race to finish seventh, or even fifth,” “At the moment there are those three teams who are incredibly strong compared to us but I feel if they make mistakes we should be there to fish in the pond.” - C. Sainz jr. to The Guardian.
So we know Carlos Sainz jr. is McLaren F1 team's part.

4. Why I talk about teams? Can the reason is in personal life?
Undoubtedly, the problems with motivation could be the same as S. Vettel and Robert Kubica have, those could be very serious in their personal lives or in the family. However, both spend more time at work and talking with managers more than with the family.
Both are giving themselves to racing at 100%, but something doesn't work. 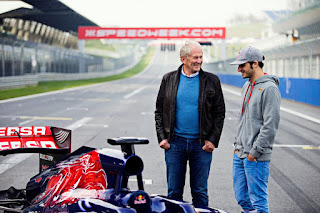 Why am I talking about a problem is being into the team?
Because all relationships start here. Anyway, the driver is the face of Formula 1 team, both are complement each other, without order numbers meaning.
We won't get the perfect Formula 1 team if one is really unhappy with everything is going on. The company's image suffers, just think about Mercedes AMG F1 team's 2018 story. 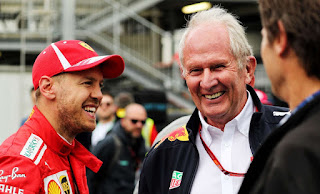 5. What decision?
In my opinion, if you compare Ferrari F1 team and Williams F1 team, it becomes a little clear that both are in need a strong authority. The authority person, whos decision and accurate view of the situation would be so useful, that no one would dare to argue with. I mean, first of all, we need to see a reputable person, the one who would be an authority for the team and for the drivers: a wise, intelligent person who could cheer with advice and competently punish with a word. 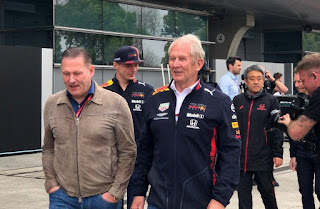 Helmut Marko is an accurate example person. There are people don't like him, but only his inner circle can argue with him.
More examples? G. Steiner, C. Horner, A. Prost,
Meanwhile, Formula 1 team-is one biggest mechanism having a lot of people with the authoritative person, and drivers. You and I, we won't see the perfect team if all parts of aren't being in order.

Agreed? Write in the comments.