Racing weekend: everything that we have to know April 26 - 28 th. 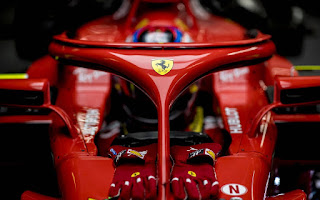 Location - Spain
Timmy Hansen takes victory in the CatalunyaRX. Kevin Hansen finished second and Andreas Bakkerud closed the podium. But that's not all you need to know.
Pol Espargaró, one of the guest star pilots, has managed to qualify for the grand final car cross.
The next stage is scheduled for May 11-12, location - Spa-Francorchamps.
*About live streams. By the way, I didn't find where is to watch World Rallycross live stream. So, if you have - leave the link, thank you! 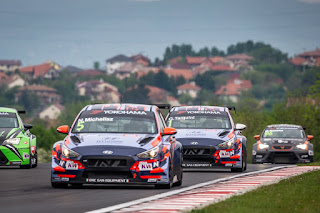 Location - Hungaroring.
Generally, should be saying Hyundai shows very good positions in other championships. I did note it when had been writing about Motorsports teams merchandising - a lot of work is being done in the sports departments.
Anyway, Gabriele Tarquini did his good job again, he's 1st. place,  2nd Norbert Michelisz and Yann Ehrlacher close 3rd. More about the race is here.
Next WTCR race planned 19 May, location - the Netherlands

* The most interesting that all the weekend races were going almost at the same time. Therefore, let's move from the general to the most. 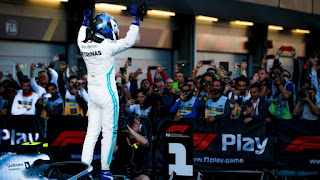 Location Azerbaijan (Baku)
All motorsport fans have been waiting for this weekend for a long time. Many tired of Mercedes AMG F1 team' dominance and hoped that everything will be changing in Baku. However, it's not so easy.

What we need to know about Formula 1 after this weekend?

a) Now we see a real battle in Mercedes AMG F1 Team. V. Bottas won in Baku, obviously, he's faster than his teammate and as Nico Rosberg says, "he's focused on himself!"

b) Scuderia Ferrari Team hasn't enough, but what it is? Enough of speed, endurance? Motorsport fans are sure - it's all about strategy. You can see some messages In Instagram and Twitter about the Ferrari Team strategic mistakes. I think it's all about the speed and the advantages of cars. I have a hunch about who could really compete with Mercedes AMG drivers, but these guys still have to work hard. Write to me about your thoughts.

c) We didn't see the real D. Ricciardo's job as expected to see before the start of the season. It wasn't the good race for the Australian driver as for Renault F1 too. Anyway, this is not the result we would like to see.
Daniel, we believe in you, this is just one weekend and it was passed.

d) McLaren continues to work and doing it very well

e) Next Formula 1 race will be Spain and I hope D. Ricciardo will show his best 10-12 May. 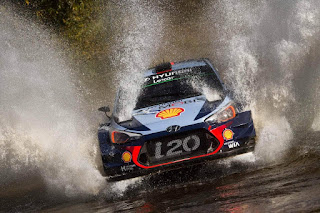 Location -  Argentina.
This was the first Argentina WRC for me, which I watched. I was just surprised how much people are there love Motorsport! Amazing atmosphere. If you haven't seen, you need to rewatch the highlights, that's really amazing. Hyundai WRC did strengthen position in the championship, and T. Neville made a very good gap on points.

What we need to know about WRC Argentina?

b.) Elfin Evans was in an unpleasant accident, and left the distance, here's the video. Many drivers chased with problems at this weekend on Rally Argentina. This is what prevented Toyota's speed, although there were really very fast cars.

c) T. Neville's victory was quite logical because of the advantage of speed. It became already clear at SS16, and 40 seconds were enough to win.
The next WRC stage scheduled on 30 – 02 May - June in Portugal.