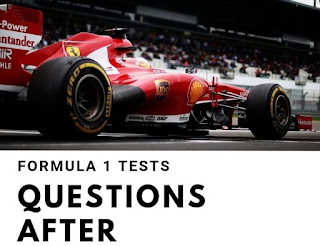 Formula 1 pre-season testing is a great opportunity to evaluate the new car: drivers are checking the stability, the engineers are finding the top speed, fans have been admiring of new F1 cars looks. All predictions begin with Formula 1 testing. However, if you remember this it's not that time to bet.

We saw new cars at the racetrack, the new drivers' uniforms. But, there is something that we still do not know even the pre-season testing's end.

1. What's the real power of the Williams F1 Team's car?

We still don't know Williams Formula 1 team real possibilities. The situation around reminds McLaren 2018: tests began only on the 3rd day for this team, but let's not be sad with it. They have problems and a lot of work ahead. However, the main question remains unanswered. 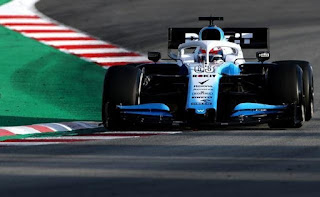 Note high-level pressure. The Williams F1 team is currently under the pressure of journalists press. It makes the working process harder. Anyway, those guys will cope with it.

There are a lot of comments those cars aren't taking top speed. It's important to understand the maximum of making at least a small impression about the new season.

Note race conditions. As it's not clear with it as unknown the real overall speed of Red Bull F1 Racing Team cars. Barcelona's racetrack is a great place for pre-season tests. It has its own temperature, atmospheric pressure, and other conditions. However, such items wouldn't be at 21 racetracks found as same. So we don't know the real new Formula 1 cars speed.

Perhaps Scuderia Ferrari the most optimistic team with really good results on Formula 1 testing 2019. “Overall, I am pleased with the work we have carried out;
I am pleased with how the car behaves and it was well balanced at this track" - Mattia Binotto, Team Principal and Managing Director about Barcelona F1 test 2 – Day 4.

Note traffic. Car's reliability can be checked not only by long straight lines but in competitive conditions also at the racetrack traffic. Anyway, we can't see Red Team's progress until the Australian race, and the question "how much new car's reliable?" still remains unanswered yet.

The last few years have been as much negative for McLaren as much we want good (compared to the Mercedes AMG F1 car) results. 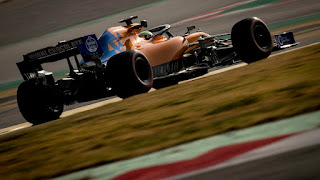 Note - all is new. Formula 1 is unpredictable racing. No one driver won't get used to until long time driving, that isn't enough. It takes too many laps for the new car. And there should be a lot more for  McLaren F1 cars. Those drivers have to get used to and do it as quickly as possible. There is not so much time until the Australian GP start. "What's McLaren's F1 car's progress?" question is without answers.

Anyway, those days left very positively. Toro Rosso and Red Bull F1 teams showed good results. However, over the past few years, there are always doubts about Honda. 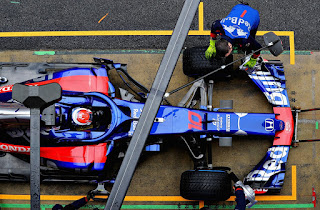 Note - racetrack conditions. It is difficult to see at least some progress with conditions at Barcelona circuit. There aren't same turns, speed lines ahead on next 21 racetracks. If we talked about the weather before, it's about the technical configuration for now. Meanwhile, we've been waiting for the good results on Melbourne long straights, "What's Honda motors power and endurance" question is unanswered.

Formula 1 testing is just testing with a lot of hard work and without a lot of time. I think we will find all the answers to every question.
Let's waiting for the Australian GP, and tell me who are you waiting for more than others in Australia?