Why do they say Formula 1 is boring? Who's fault? 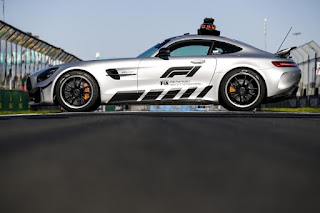 Recently, it has become popular to say "Formula 1 isn't the same as before". I collected the most popular statements, trying to figure out what it's so. Let's try to understand who is to blame and why this is happening.

1. Predictability. Many people say last 3 years we already know who will become the champion and which team will win the title (Mercedes). Yes and no to. First of all, we can't deny we clearly see the advantage in speed by Formula 1 winter testing. Secondly, we understand who's team driver prepared for the season and who's supported more by own team since the first race. However, let's not forget that there are factors such as weather, breakdowns, emotions and the atmosphere of Formula 1 teams and drivers.

2 Tactics team. One of the key points. It is necessary for the team and it is sometimes unbearable to look at. Because when there is a struggle of two on the track, we have been knowing in advance how this battle will end. Alas, you can't argue with that.

About what I'm talking? In the first place thought about security since the Liberty Media arrival of the new leadership. Is it safer? Initially, Halo came up and it helped to avoid wrong consequences. This is the right decision. But today we have to choose between entertainment and safety. This is the case when you need to choose one only. 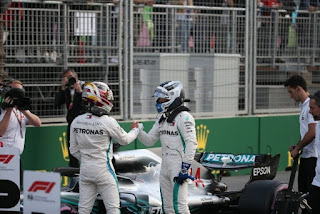 There is safety with new inventions, new rules on the track (provocation of collision) with punishment, or spectacle with a lot of overtaking. There are no alternatives. Who is to blame for the Formula 1 became boring? No, this is not the speed of the Mercedes Formula 1 team, cause this is a natural process of Motorsport development. New technologies, new opportunities allow to make Motorsport safer. 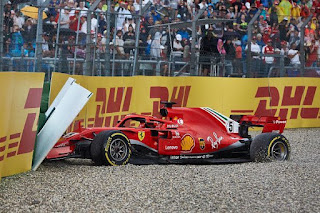 Alas, Motorsport cannot be both spectacular and safe at the same time. Agree? Why Yes, why not?