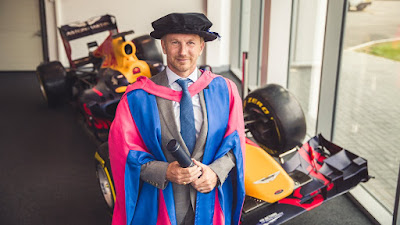 I think I know the right way to Motorsports develop. Believe me in Russia is not so simple with this.

Team Principal of Aston Martin Red Bull Racing, Christian Horner has received an honorary degree from Cranfield University, as recognition for his contribution to Motorsport.
People could say everything, but the reward was deserved. Mr. Horner may not be a Professor, but his contribution is unique.


Having started his motorsport career as a racing driver in Formula Renault, British F3 and Formula 2, Horner stepped back to focus on running his own racing team, Arden International.

Any doubts? Look at the documentary film The Red Bull Racing Story or this

Of course, what does that change? And who really cares. But who knew Adrian Newey is a genius too? He is known that he is always ahead of the competitors; he always tries to break the rules and design faster and more powerful cars. He gathered all of his innovative designs in a book and called it " How to build a car" even the name itself may subtle the meaning that he sees the process of making the car as a complete process of building  that starts from the idea which specialists call the " loophole" as he, somehow, always finds a way to break all the normal regulations and comes up with a simple but efficient idea to make the car faster and more reliable. 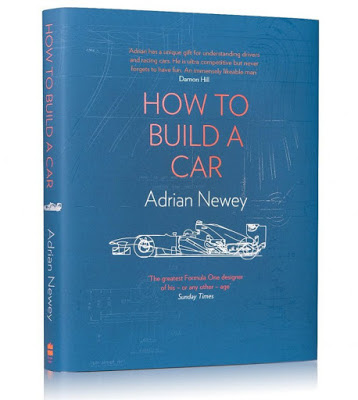 Think this is all? Helmut Marko!

After that, the Red Bull F1 racing team' progress will be increased year by year. Moreover, this is the opposite way, not like the McLaren F1 team way.  Why? Red Bull try to thinking before doing, when McLaren team has been trying new things in the car before to thinking more. Anyway, there are 2 right ways.

If Red Bull F1 Team is not as fast as their bosses would like to be, but they have a great future. Especially with such talented people. So, dears let's do.