It was a normal night at the Greenslade concert which was held in the sixth former school when a sixteen- year- old boy decided to blow off the roof, literally and heartened up the concert by pushing up the sounds levels. The young boy was later expelled due to that weird incident, not knowing that one day he will become the most wanted engineer in Formula One and the hero of my post….Adrian Newey.

Adrian gained a first class honors degree in Aeronautics and Astronautics from the University of Southampton in 1980, which helped him to jump right into his passion “Motorsports”, Adrian started working on a motor for Fittipaldi before joining March team. At March, he designed his first project in racing cars and was very successful as it won the IMSA GTP title two times in a row.

Newey didn’t wait so much to start his career in Formula one as in 1988, he made his first F1 design and it overcame all the expectations as it helped Ivan Capelli finish second in Portugal and pass Alain Prost

But what was his secret?

Critics agreed that the secret lies in the narrow nose section, which improved airflow over the car and compensates for the lack of power of Judd V8 engine.

Newey stayed with March till 1990 before he was fired in one of the strangest decisions ever! The British genius stated that “I was fired but I’d already made up my mind I was going – because once a team gets run by an accountant, it’s time to move. Your self-confidence does suffer but Williams had approached me”

So he started a new era with Willams

Newey had amazing seasons with Williams with and secured his first title his FW15c using Alain Prost at its wheels.

Newey ended his time with Williams with 59 race victories, 78 pole positions and 60 fastest laps all from 114 races from 1991 till 1997. And most importantly with 4 world championship titles.

Right after leaving Williams, Newey joined Mclaren, things were different at the British team, as Adrian couldn’t influence the design of Mclaren car and his job was only to try to improve the Neil Oatley design.

The British engineer, despite gaining victories at Mclaren, didn’t seem to be comfortable as Rumors came up in 2001 that he intended to leave the Team and join Jaguar but he eventually stayed till 2005 when Mclaren hesitated to raise his salary in contract renewal so he found it as the perfect chance for a new journey.

After poor results in the first season ” 2006″, The team seemed to gradually improve in 2007 before finding his pace in 2008 season despite losing points in the last races.

2009 witnessed the real start of the Car designed by Newey which made the team finish the season at the second place in the Constructors’ Championship.

The Rb6 was just the beginning to the Rb7 which dominated 2011 season and took 18 of the 19 pole positions and won 12 races and, of course, won the Constructors’ Championship and the Drivers’ Championship with Sebastian Vettel again to make the German Driver the youngest double champion in the history of F1.

The domination of both the Constructors’ Championship and the Drivers’ Championship continued in 2012 despite the severe challenge from Ferrari and its driver Fernando Alonso. Things weren’t different in 2013 to prove that it was the age of Red Bull, the age of Sebastian Vettel and, of course, the age of Adrian Newey

In 2014, Ferrari tried to snatch the man behind The Red Bull revolution, but Adrian chose to stay at Red Bull and renewed his contract

Adrian is currently the chief technical officer of Red Bull.

Adrian has become a lucky charm as everywhere he stepped, he was accompanied with success, but is it really … luck?

The Answer is clear … Hell No!

The British genius is known that he is always ahead of the competitors; he always tries to break the rules and design faster and more powerful cars. He gathered all of his innovative designs in a book and called it ” How to build a car” even the name itself may subtle the meaning that he sees the process of making the car as a complete process of building that starts from the idea which specialists call the ” loophole” as he , somehow, always finds a way to break all the normal regulations and comes up with a simple but efficient idea to make the car faster and more reliable, After that with the assistance of two co-engineers, he makes the idea alive on paper before supervising the process of making which is as important as the previous stages because he knows more than anyone else that the slightest mistake can ruin his magnificent work of art.

But, probably, the achievement that Adrian is proud the most is becoming the only F1 designer to have won Constructors’ Championships with three different F1 teams. An accomplishment that established Newey’s name as the best F1 designers of all time and proved his ability to succeed and adapt to any team and under any kind of management and most importantly with any driver.

In 2014 Adrian had the chance to join Ferrari and become the highest paid engineer with a £20m salary but he refused the offer, it wasn’t the first time for Newey to refuse Ferrari’s offer as he stated that during his long career he came close to sign up with the Italian team in three occasions but none of them was crowned with success.

“Red Bull is my home, I’ve built the team with Christian Horner, from the ashes of Jaguar to four world titles. I did not want to give that up so easily. It was difficult. I had some sleepless nights because of Ferrari, but it would have been wrong to leave Red Bull.”

Probably these words can give us a hint about what was going on in his mind when he accepted $10 million salary ( half of Ferrari’s offer) to stay with his beloved team.

Besides being the greatest F1 designer of all time, Adrian newly proved that in a time where materialism controls the world, love and Team passion can beat money on rare occasions. 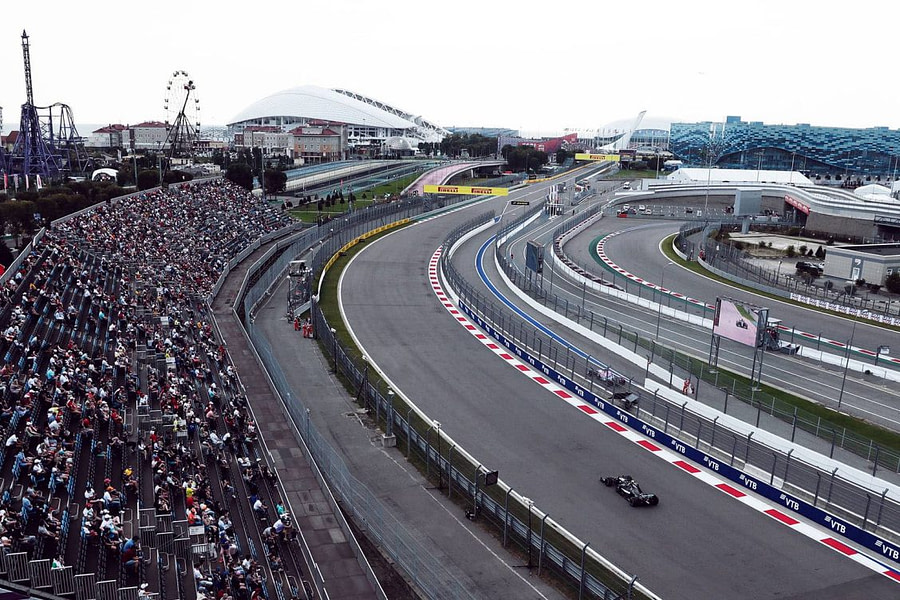 F1 Russian Grand Prix – the four outlines before the start