The Ferrari Formula One team was initially meant to race cars produced by Ferrari. In fact, the team was founded by Enzo Ferrari with the aim of having the team race cars that were produced by Alfa Romeo.

A few years later, the team started racing for cars produced by Ferrari as a Constructor. Since then, they have recorded 16 Constructor’s Championships. The team’s most recent Championship title was won in 2008.

What is spectacular about this team is that they have produced the game’s most successful drivers such as Niki Lauda, Michael Schumacher, Phil Hill, Mike Hawthorn, Juan Manuel Fangio, Alberto Ascari, Jody Scheckter, and John Surtees who together have won 15 Driver’s Championship for the Ferrari Formula One team.

Ferrari’s most successful driver is Michael Schumacher who joined the team in 1996 and left in 2006. However, he won 5 driver’s title and seventy-two Grand Prix for the Ferrari team within his 10 years of being a member of the Ferrari Formula One Team. His most recent title for the team was won in 2000 as well as in 2004. This period was also the team’s most successful period in the history. After his departure from the team, the two popular World Champions Sebastian Vettel and Kimi Raikkonen took over as the team’s main race drivers.

Ferrari Formula One team has its headquarters in Maranello. In fact, it has been the same spot since it was moved there by Enzo Ferrari in 1943. They own and operate Fiorano Circuit – a test track built in the 1972 and mainly used for testing road and race cars.

The Management Team of Ferrari Formula One

Since the team was founded by Enzo Ferrari back in the 1940’s it has passed through various managements. Thankfully, the team has benefited from solid management which is the reason they won so many titles and championships.

Currently, Ferrari Formula One team has the following personnel in key positions:

Thanks to the experience and competency of the team’s management, they have achieved a lot within the last couple of years. In the following section, you will see some of the team’s achievement.

Ferrari Formula One team has worked with some of the most successful drivers in the Motorsport history. These drivers have also won a number of awards and titles for the team. Some of the most notable drivers in the team include Sebastian Vettel, Kimi Räikkönen, Michael Schumacher, Gerhard Berger, Rubens Barrichello, Fernando Alonso, Michele Alboreto, and many more.

Ferrari is one of the teams in motorsports with a lot of prospects. No doubt, with a number of games lined up this year for this team to compete, we are going to see some major wins for the team. 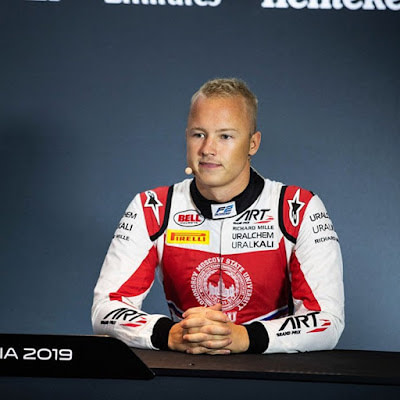